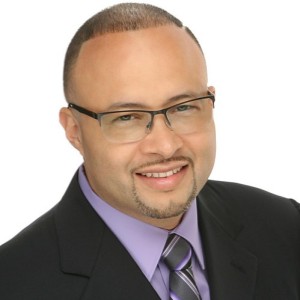 The industry standard in treatment modalities for mental health and substance abuse are based on behavior modification. Modifying behavior is like trying to paint over a rusty car or trying to repair a part that really just needs replacement or a complete tested relationship-building overhaul. The biggest problem with attempting to change someone else’s actions or behaviors is that there has to be a subjective judgment of what is right or wrong according to who or what standard?

Heart Transformation® Therapy (HTT) is a spiritually, relationship-based treatment modality devoid of judgment and performance expectations that produce amazing transformation in the emotions of the heart and the thoughts of the mind. As a byproduct, behavioral change follows.

HTT does not attempt to modify behavior. It opens the heart and mind of the patient to perceive love and acceptance. This is accomplished through proven and tested relationship-building techniques. This results in behavioral change but not always according to someone else’s standards or timeframe. Accusing, nagging, lecturing, preaching, indoctrinating and imposing one’s own moral standards only closes the heart from receiving the well-intended advice.

HTT training offers exercises for caregivers to develop and grow character traits such as love, joy, peace, forbearance, kindness, goodness, faith, gentleness and self-control. Here are a few examples of why the burden of patient transformation relies on the caregiver to exercise character in their counseling:

Telling people what to do and what behaviors to change is not the best approach. Loving them the way God loves is, however, an absolute must; something that religion has fallen short in teaching. Of course, there is a time and place for teaching and instructing skills and mindsets necessary to bring about change, but not until there is an open heart. That is earned by developing a relationship and building trust. Just watch some of our testimonials on https://hearttransformation.com. The methods are biblically-based but not religious, and the results are scientific.

I make a great argument, in stating that I truly believe that I have discovered the science of love. When love is understood and administered properly, it can transform the emotions of the heart and the thoughts of the mind in the patient. Most caregivers do it on accident without knowing the science behind it. If men were conscious of this, they would know how to melt the hearts of their lovers every time even if the woman is in a bad mood. I hope to speak about this on TEDTalk one day. HTT is most effective when it is administered by a trained caregiver such as a family member, friend or a type of life coach. It is best in a casual social setting whether in person or through our secure HIPAA compliant social media platform. The app includes video, audio or texting for individuals or groups. People tend to be less inhibited when communicating on social media.

Doctors, licensed mental health, and substance abuse professionals, oftentimes, are constrained by DSM standards and board regulations in how they can or cannot administer therapy. Life coaches and spiritual guides, on the other hand, have much more liberty because they can access their own inner common sense (which I call spiritual sense) without the restrictions and fears that government compliance and big corporations impose upon them.

Religious leaders can also administer this therapy but they, too, have limitations similar to licensed counselors except their restrictions come from a hierarchy of leaders, antiquated doctrines, and their constituency. Religion like the government is intertwined in politics and very divided. I speak from experience having planted four churches, preached around the world and held credentials with four of the most prestigious religious organizations in the world.

In 2012, I walked away from my particular religious affiliations (not my faith in God) because of some of the man-made laws, judgments, and discriminations which were keeping people in bondage to fear, guilt, shame and the illusion of being rejected by God. I decided to open a mental health practice called CARES Treatment. I obtained a residential treatment State license and was accredited by the world-renowned and prestigious CARF International in partial hospitalization, residential treatment and intensive outpatient treatment for children and adults. I obtained my certification as a mental health technician and employed a medical director (psychiatrist), a clinical director, a registered nurse, several licensed mental health and substance abuse counselors.

Once I completed the highly profitable but rigorous process of credentialing so that I could start submitting insurance claims, I discovered something I already knew deep down inside. Heart Transformation therapy produces signs of happiness, joy, peace and the perception of feeling loved and accepted. Well, time after time we kept seeing positive results after the patient’s initial encounter with their certified HTT intake or life specialist. Afterward, the patient had to undergo a psych evaluation but by now they no longer exhibited signs that would justify “medical necessity” and insurance companies won’t pre-authorize without it. In short, medical necessity is determined if the patient expresses a potential for self-harm or harm to others. Even if they did pre-authorize, they would not re-authorize by the next utilization review which usually happens within 3-5 days max, because by then the patient would have progressed due to HTT.

What I’ve always believed to be true was now confirmed. The mental health industry is in business because people stay ill and dependent. Don’t get me wrong, Blue Cross Blue Shield absolutely loves us and recognizes our good work. However, healing people is not how money is made in this industry. I am now walking away from the conventional practice of mental health. I am now compelled to provide training and support to anyone who has a desire to heal a patient in any sort of crisis to any degree. I am hoping to make this training available to parents, caregivers, coaches, clergy as well as mental health and substance abuse professionals. Each profession I mentioned has some variations with respect to their approach to care. And, in my opinion, a parent is the worthiest profession in need of professional training.

Robert Torres is the founder and CEO of Heart Transformation®, a biblical (non-religious) and relationship-based therapy model created for the behavioral health industry. For over 35 years, thousands of youth and families have benefited from Robert's wisdom and expertise. His mission is to help people experience positive thoughts for a sound mind and enjoy healthy emotions for a happy heart. Robert co-authored a best-seller book with Brian Tracy. They were featured in an interview that aired on ABC, CBS, NBC and FOX affiliates.

This site uses Akismet to reduce spam. Learn how your comment data is processed.

What is Heart Transformation?

Heart Transformation® Therapy, the first biblically and relationship-based treatment modality in the history of mental and behavioral health.

Learn more about our therapy